Built in 1550 by the famous Cardinal Ippolito d’Este, it’s a masterpiece of the Italian Renaissance; a complex that combines the features of a luxury villa with lovely gardens and some enchanting fountains that display exciting water games.
From the Villa’s balconies, the view of the whole garden is simply superb. This same view, in its extreme beauty, was nonetheless enjoyed by Cardinal Ippolito and his court. On extremely hot days, the gardens could provide a cool and peaceful retreat for the villas residents. 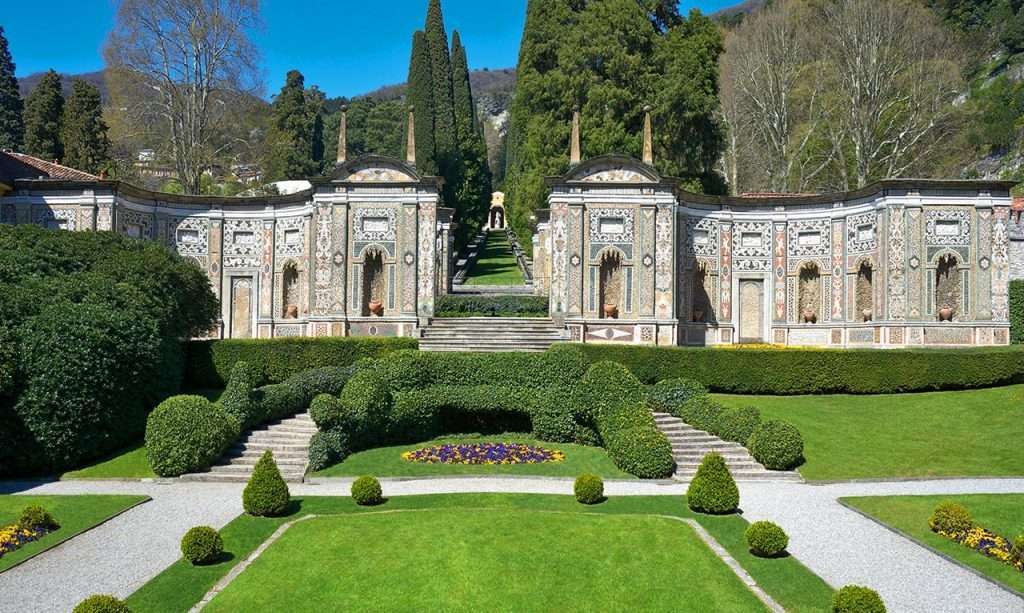 Emperor Hadrian built this villa for himself and his court in the countryside along Via Tiburtina. It is a unique architectural testimony for its wideness and decorative features. Nowadays, the site appears as an extraordinary immense park, spread over 80 hectares, dotted with magnificent Roman ruins, spas and 18th Century farmhouses, where the overtone retains much of the old charm.

Our Tour itinerary also includes Il Museo Marittimo (Maritime Theater ), an artificial island, a private Emperor’s annex; the Canopus complex, consisting of a large rectangular basin surrounded by sculptures and reflecting the fascinating structure of the Serapeum. The excavations, still underway, have brought to light the terminal section of the roads system, through which the access to the Dimora dell ‘Imperatore ( Emperor’s Dwelling) is bestowed.

Villa Gregoriana is a natural area of great historical and environmental value located in Tivoli, in the steep valley between the right bank of the River Aniene and the ancient Roman acropolis. The site is known as it hosts la Grande Cascata the Great Waterfall. Due to its shape and bond with the aesthetics taste for the sublime, it is valued as a peculiar example of a romantic garden, so dear to the Romantics. Shaped back to its ancient splendour from the Italian Environment Fund in 2002, the Villa reopened to the public in 2005.(info https://it.wikipedia.org/wiki/Villa_Gregoriana)

Note Guide: An authorized professional guide shall be provided for upon request.
Monuments Tickets : We can book tickets for all non free entrance monuments to avoid queues and save time. This service is has to be requested upon booking the tour.